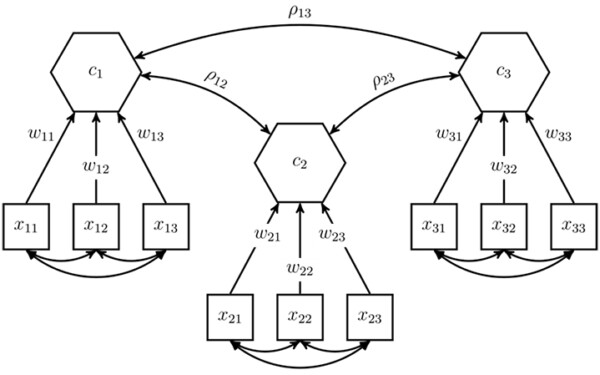 Structural Equation Modelling is a method of measuring causal relationships between events. We at eGovab use it to understand how some happenings cause other happenings, and why? For example what kinds of disinformation and what qualities´ in a persons´ background, make a person share disinformation? How does the structure of a society impact the diffusion of innovation in that society? How does the education structure of a society impact governance models in the public sector of that society?

Structural Equation Modelling has an ability to impute relationships between that that exists, but we cannot see it, that we call latent variables and observable variables. Just one example, human intelligence or the level of democracy in a society cannot be measured directly as one could measure height or weight or number of votes.

Instead, psychologists develop a hypothesis of intelligence and write measurement instruments with many questions designed to measure parts of intelligence or democracy. We would then use Structural Equation Modelling to test the idea and put together all the parts in a model “intelligence” or “democracy” would be the latent variable and the test items would be the observed variables.

We do both Structural Equation Modelling based on partial least square and on maximum likelihood method. Partial Least Square is a component-based estimation approach that differs from the covariance-based Maximum Likelihood structural equation modelling. When we do Partial Least Square we do not fit a common factor model to the data, we fit a more holistic composite model. In doing so we maximise the amount of variance explained. This to answer the question; why are the patterns in the data as they are?